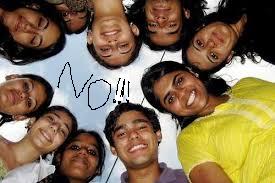 Are youths capable of wielding power productively? It might not seem so, but a look at the facts suggests otherwise. Young people are at the heart of innovation, breaking barriers and conflict among other things. I would like to think of the youth as the power behind power. However, it seems that young people have not realized how much power they wield and so unwittingly give it away. Nothing else logically explains the helplessness they feel at the hands of poverty, insurgency and war, joblessness and the myriad of challenges they encounter daily. A lot of programs and causes have been conceived to positively impact young people, there is however, the major issue of translating words into action when it comes to policies, movements, ideas etc. It is good to have these ideas, to realize that  harnessing the power of the youth is important and the advantage social media presents, but translating these into practice should follow this realization.

It is often said that it is better to focus on building the positive than tearing down the negative. This logic guides the force field concept, which suggests that efforts should be directed towards increasing driving forces than reducing restraining forces for any change initiative or in a given setting.

In this instance, the power of NO and the realization that it can be said categorically without apologies is one driving force the youth should build on. Youth should learn to SAY NO! The unrest and increase in insurgency and violence, which threatens our existence and promises to delineate every progress made towards sustainable development, continues to thrive because at the heart of it are young people willing or unwilling to lose their lives, fighting for causes they may never really understand, to their detriment and that of others.

Young people should simply learn to SAY NO. A wise saying comes to mind at this time: “if you have nothing positive to say, say nothing at all”. Same rule could be applied here. For every decision you are faced with as a young person, while inertia might be negative, what is more detrimental is doing something and doing the wrong thing. So, SAY NO! if it will cause pain and suffering on any level, doing nothing by saying no is far better than participating and contributing to the propagation of pain and suffering.

SAY NO! and spread the word.